What is the Fire Playpipe and Why Do We Call It That?

You are here:
About Fire NozzlesLatest News 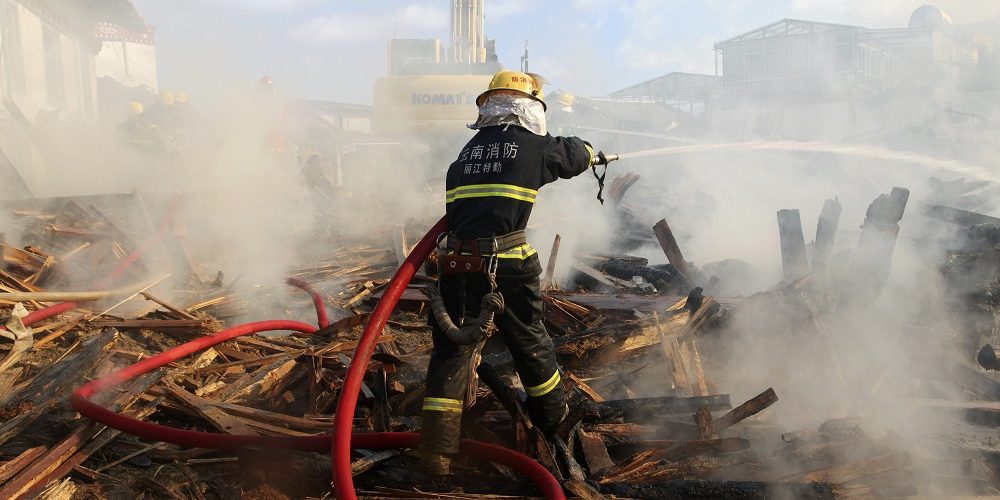 Building code as we know it today did not exist in the United States until the 1870s when the fire protection equipment differed greatly among cities. After thorough research on fire codes, stringent manufacturing standards were set and soon altered the firefighting landscape completely.

Nonetheless, the language used in the codes is still fabricated with century-old terms that make a lot of people, laymen and experts alike, scratch their heads.

“Playpipe” is one of those terms that confound the experts and simply means a common tool firefighters and inspectors use to control water flows. Yes. We will take a thorough look at playpipes here in this article, touching upon their value, development, manufacturing standards, and modern definitions.

As briefly mentioned above, firefighting playpipes were first found in a series of nineteenth-century studies where long metal pipes with a smooth bore surprisingly produce straight, effective streams of water. In general, playpipes might evolve from some kinds of general-utility firefighting hose nozzles or specialty tool used by inspectors.

Today, fire playpipes are used by fire experts to measure the water flow rate, especially during the testing of fire hydrants or fire pumps. Theoretically, every fluid-flowing orifice has so-called a discharge coefficient. The shape, size, and construction of each nozzle or orifice significantly influence the friction and turbulence that it creates, hence hindering the passage of water flow.

Some quality fire hose nozzles can almost meet the same standards (coefficients＞0.99) but by no means all the way to perfect discharge. The coefficients of a hydrant outlet, however, normally range from 0.7 to 0.9, thus causing tremendous loss of flow and pressure.

Friction and turbulence of a firefighting playpipe are reduced by increasing the coefficient to 0.97. When the coefficient is high enough, inspectors can estimate the actual flow with accuracy. The flow testing is thus conducted by moving a pitot tube (a flow measurement device) to the center of the water stream so that the pressure on it can be converted to flow in gallons per minute or GPM.

Why or how the term “playpipe” was coined remains a mystery, but many believe that it has been in existence for nearly two hundred years in the field of fire protection, with one of its earliest uses dating from 1830. An edition of Leigh Hunt’s London Journal published that year mentioned that playpipes direct the flow almost as nozzles do.

A few decades later, “play-pipe” as a testing or measuring aid was first found in an 1890 issue of The Engineering & Building Record, which described in detail how John R. Freeman, aka. the father of playpipe, conducted experiments on the traits of hose streams. Freeman’s version is considered the prototype of the firefighting playpipes commonly used today.

Freeman invented a device composed of an outlet, a specialized tube, and a pressure gauge, which can be connected directly to a hose. He then measured flow pressure by means of this earliest playpipe along with an additional outlet for a hose nozzle.